Biotechnology From the Blue Flower: The Unnatural, That Too is Natural

Artists Anna Dumitriu and Alex May will discuss their project “Biotechnology from the Blue Flower” with a panel of experts from the EU Horizon H2020 CHIC project, with whom they are collaborating. Chicory is believed to have inspired the notion of the Blue Flower in German Romanticism – a central symbol of the movement. It influenced Goethe’s concept of the ‘urpflanze’ or primal plant in his “Metamorphosis of Plants” (and mentioned in Darwin’s “The Origin of Species”). The romantic movement was a reaction to the industrial revolution and held nature and emotion in the highest esteem. But now we are part of a biotechnological revolution and again the chicory plant with its the blue flower becomes an important symbol, but this time in a more complex position at the interface of nature and technology, central to societal explorations of what may be acceptable in terms of synthetic biology, new plant breeding methods and how ‘nature’ and ‘natural’ may be defined in the future.

Our discussion will explore the methodologies of “New Plant Breeding Techniques” such as gene editing using CRISPR, the potential uses of these techniques to improve food security and mitigate the impact of climate change, and it will focus on the question what does ‘natural’ really mean anyway – or as Goethe put it “The Unnatural, That Too is Natural”.

Register in advance for this webinar: Click Here! Or copy and paste the link below…
https://zoom.us/webinar/register/WN_oPjn6TUpSAGGYY9jvBkVcA

After registering, you will receive a confirmation email containing information about joining the webinar. 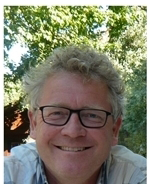 Dirk Bosch is a scientist with ca 30 years of research experience. His primary research activities are centered on unravelling biosynthetic pathways in plants that lead to the immense biodiversity of molecules found in plants. He applies this knowledge via metabolic engineering of plants and microbes with the aim of bringing innovation to the agro-food and health sectors. He currently holds the position of Team Leader Applied Metabolic Systems within at Wageningen University and Research. He is initiator of numerous EU and other national and international subsidy as well as contract research projects. He has ca 100 publications in peer-reviewed scientific publications and is inventor on 19 independent patents and patent applications. He is coordinator of the EU-CHIC project.

Dirk Bosch studied chemistry at University of Leiden, did his PhD at the microbiology Department of the University of Utrecht and subsequently worked as PostDoc at Plant Genetic Systems in Ghent in Belgium. 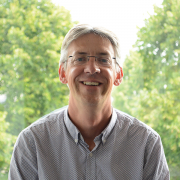 Paul Bundock is a Senior Scientist working at the plant biotechnology company, KeyGene, located in Wageningen, The Netherlands. He has been involved in the application of genome editing technologies in plant breeding for the majority of his career and is fascinated by the application of novel tools in biotechnology. He is involved in the EU CHIC project aimed at improving chicory as commercial crop. 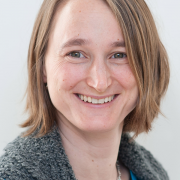 Katarina Cankar is a scientist working at Wageningen University and Research in the Netherlands. Her research interest lies in plant compounds that give plants special properties, such as plant protection, flavor & fragrance, color or human health promotion. In the CHIC project Katarina is involved in gene editing of chicory for enhancement of chicory to produce improved food fibers and healthy terpenes. 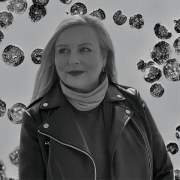 Anna Dumitriu is an award winning internationally renowned British artist who works with BioArt, sculpture, installation, and digital media to explore our relationship to infectious diseases, synthetic biology and robotics. Past exhibitions include ZKM, Ars Electronica, BOZAR, The Picasso Museum, HeK Basel, Science Gallery Detroit, MOCA Taipei, LABoral, Art Laboratory Berlin, and Eden Project. She holds visiting research fellowships at the University of Hertfordshire, Brighton and Sussex Medical School, and Waag Society, as well as artist-in-residence roles with the Modernising Medical Microbiology Project at the University of Oxford, and with the National Collection of Type Cultures at Public Health England. She was the 2018 President of the Science and the Arts Section of the British Science Association. Her work has featured in many significant publications including Frieze, Artforum International Magazine, Leonardo Journal, The Art Newspaper, Nature and The Lancet. Current collaborations include the Institute of Microbiology and Microbial Biotechnology at BOKU – Universität für Bodenkultur in Vienna, the EU H2020 CHIC Consortium, the University of Leeds and the Institute of Epigenetics and Stem Cells at HelmholtzZentrum in München. https://annadumitriu.co.uk/ 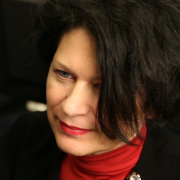 Professor of the University of Arts in Poznań, leader of the Studio for Transdisciplinary Projects & Research. She is co-founder of the Art & Science Synergy Foundation and Chair of the Art & Science Node in Berlin, as well as co-leader of the Club of Science and Art in Poznań. She works in the field of multimedia installation, XR, experimental video-animation, interactive projects, and book art. Her artistic works have been widely presented in many exhibitions and festivals i.a at the DANA Centre/Science Museum in London, MOCA Museum of Contemporary Art in London, Transmediale Festival for Digital Culture in Berlin, MUSE Centre of Photography and the Moving Image in New York, and the Hiroshima Prefectural Art Museum in Japan. http://www.johoffmann.com 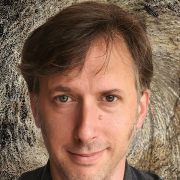 Alex May is a British contemporary artist questioning how our individual and collective experiences of time, and formation of memories and cultural record, are mediated, expanded, and directed by contemporary technologies. His work forges creative links between art, science, and technology through a wide range of digital new media, including virtual and augmented reality, photogrammetry, algorithmic photography, interactive robotic artworks, video projection mapping, generative works, performance, and video and sound art. 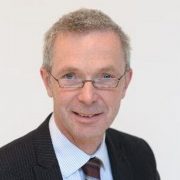 Erik Toussaint is a chemistry and botany technician by training, and a science communicator by heart. After a few years of work in breeding research, Erik switched to communication about the research. He has been involved in communication about breeding and biotechnology from the late nineties of the last century. He claims to still learn every day: about science and about communication. Erik loves to support scientists in their communication, which ranges from TV-interviews to ‘waking up researchers minds’ in primary school kids. And he loves to support audiences in talking with scientists. Erik always works in teams, having the ambition to make scientists and audiences enthusiastic, helping them to better understand each other, while at the same time listening, in order to learn about these scientists and audiences. He joined KeyGene in 2018, after more than 30 years of working at Wageningen University and Research.

Biotechnology from the Blue Flower is created by Anna Dumitriu and Alex May as part of the ASN-AIR program 2018-2022 in the CHIC science labs. The residency commission was awarded through Art & Science Node. ASN/ASSF is a partner in the CHIC Consortium, CHIC is a research and innovation project supported through the EU Horizon 2020 funding programme.

With thanks to partners! 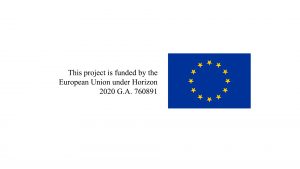