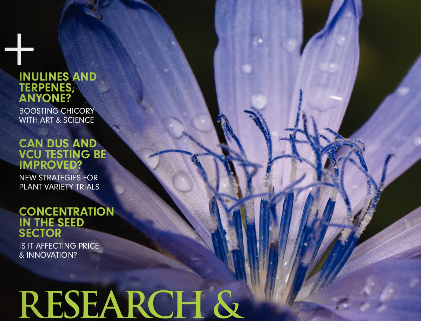 AN INSIDE LOOK AT THE NEW CHIC PROJECT. BY: MARCEL BRUINS

Root chicory (Cichorium intybus L.) is an under-utilized crop. It is currently used for the commercial production of inulin, which is added to many food products as a dietary fibre and sweetener.

The CHIC project aims to develop chicory varieties that can be used to produce dietary fibre with enhanced prebiotic effects to promote gut health. At the same time, given its biosynthetic capacity, high yields and low agronomic requirements, chicory has significant potential as a versatile production host in molecular farming for the production of many additional health-related products with benefits for consumers. CHIC also aims to harness this potential for the extraction of other types of health-related compounds such as terpenes as potential lead molecules for drug development. To achieve this, new chicory varieties must be developed. However, chicory breeding is currently exceptionally time-consuming. Since it is an obligatory outcrossing species, no true varieties can be obtained, and germplasm is maintained by in vitro propagation. Macarena Sanz, project coordinator – CHIC Dissemination and Communication Manager, says CHIC aims at developing chicory varieties as a crop to increase the diversity and sustainability of agricultural production while serving consumer needs. These varieties will require less agrochemical and shall produce improved dietary fibres and medical compounds.

“CHIC also aims to facilitate a transparent discussion and create awareness about new plant breeding techniques (NPBT) such as CRISPR,” she says. “We will compare their efficacy, potential risk, evaluate socio-economic consequences and develop business plans for commercialization.”

Why was chicory chosen for this project over other crops? The idea of the European Commission was to address minor utilised non-food crops that produce interesting compounds and have potential for molecular farming. Chicory is just like that – it is a crop that grows in the north of Europe, predominantly in France, The Netherlands and Belgium. It is already used for the commercial production of inulin and the processing pipeline is in place. Chicory can become a multipurpose crop, since it also produces interesting terpenes. The project plans on using new plant breeding techniques.

However, the ECJ recently ruled that such techniques should be regulated, as GMOs. Isn’t that a drawback for the project? Sanz says this shows the importance of projects like this, and perhaps they are needed now more than ever. By using NPBT, CHIC will develop chicory plants with consumer benefits. They will assess the products as well as the methods used, their safety and their possible socio- and economic impact. “We will do this by enhancing interactions and open communication with stakeholders, including the public. In doing so, we aim to boost awareness and take into consideration all the needs and concerns we will detect during the whole length and development of the project.”

Sanz says in their project, they will reach out to the public by engaging them with several activities. A solid publication strategy will be developed and  implemented, which will allow them to disseminate publishable data to researchers by using traditional channels (such as symposia, journals, presentations at conferences etc.) and to engage with key stakeholders. Communication with stakeholders and the general public will be crucial, since their objective is to increase public awareness and appreciation of NPBTs to generate valuable natural products – this is particularly relevant in case of potential consumers and new products. Training activities aimed at school children and households will be organised allowing researchers and interested stakeholders to gain knowledge and skills in the NPBTs relevant to the project. “To this purpose, we will organise four CHIC days in different European schools for teenagers (age 14 – 16) to educate them about ‘hot topics’ such as new plant breeding techniques,” she says. “Moreover, the educational material will be designed for teenagers and disseminated through smartphones/tablet application. This will include demos and games to explain in an education, visual and interactive way the relevance of these topics, such as the positive impact of NPBTs, GMOs on human health and increasing food demands.” In addition, Sanz says they will have an active presence on social media channels and organise initiatives to involve artists, since art is an effective ´language´ when it comes to transmit knowledge, values and stronger connection with the audience. “Both science and art are human attempts to understand and describe the world around us. Art can not only provide the audience with information, but also elicit visceral, emotional responses and engage the imagination in ways that prompt action and a positive attitude towards such complex topics that could be hard to explain with words and scientific notions,” she states. “For these reasons, involving artists in the project could attract a broader audience, such as people that would otherwise not be interested in science developments, since it´s a more evocative and effective way of communicating.”

Within the CHIC project, a socio-economic and an environmental assessment will be performed. Regarding socio-economic impacts, there will be assessments on how different NPBTs will influence economic and social indicators such as GDP (Gross Domestic Product), production volume, growth, competitiveness, and employment as well as the distribution of wealth and income between different sectors and regions within the EU. The assessment of environmental issues will be done with the methodology of Life Cycle Assessment (LCA) which is an established method of environmental assessment providing information about environmental aspects over the whole life cycle. The LCA will be performed on the NPBTs and based on the whole value chain from breeding, cultivation, harvesting, processing to the final products (inulin and terpenes). The most relevant environmental aspects and parameters (e.g. GHG emissions, primary energy consumption, land use aspects, water issues) with their influencing factors will be identified and compared to a conventional reference system.

• The outcome can be translated to other crops.

• CRISPR is the main technique that will be used. We will use different variants and see which ones best fit chicory.

Link to the magazine and the article: https://european-seed.com/docs/books/volume-6/issue-1/?page=26 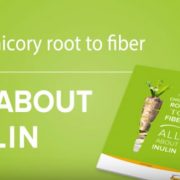 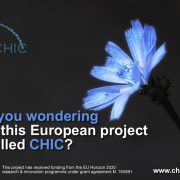 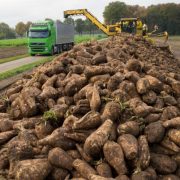 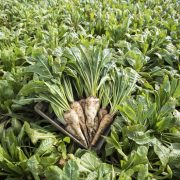 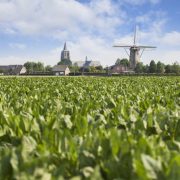 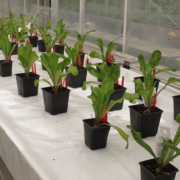 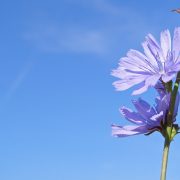 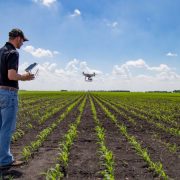